During the process of going through all Khyentse Chökyi Lodrö’s things, quite a number of photos came to light. Or perhaps Khyentse Rinpoche already knew he had a box of snaps in his archive and it was a coincidence that he decided to sort them out just as the cases and trunks were disgorged. I don’t know the full story. But one meal time, OT Rinpoche sat in the dining room at the Labrang with a pile of photos in front of him instead of food, and spent most of lunch going through them.

The two he pointed out are those I’ve posted here. They are of Ani Pelu and Ani Rilu, who readers of The Tibetan Book of Living and Dying will know were Sogyal Rinpoche’s great, great aunts. I’m sorry I don’t remember for certain which is which, although OT Rinpoche did tell us. But I just looked at rigpawiki.org and the photo they posted of Ani Pelu (she requested Khyentse Chökyi Lodrö’s Heart Advice in a Nutshell) looks more like the picture on the left than that on the right. To my eyes, anyway. Ani Pelu: gentle, conscientious if somewhat unconventional, not quite of this world. And Ani Rilu: a more determined character, strong, organized, and very protective of Sogyal Rinpoche. 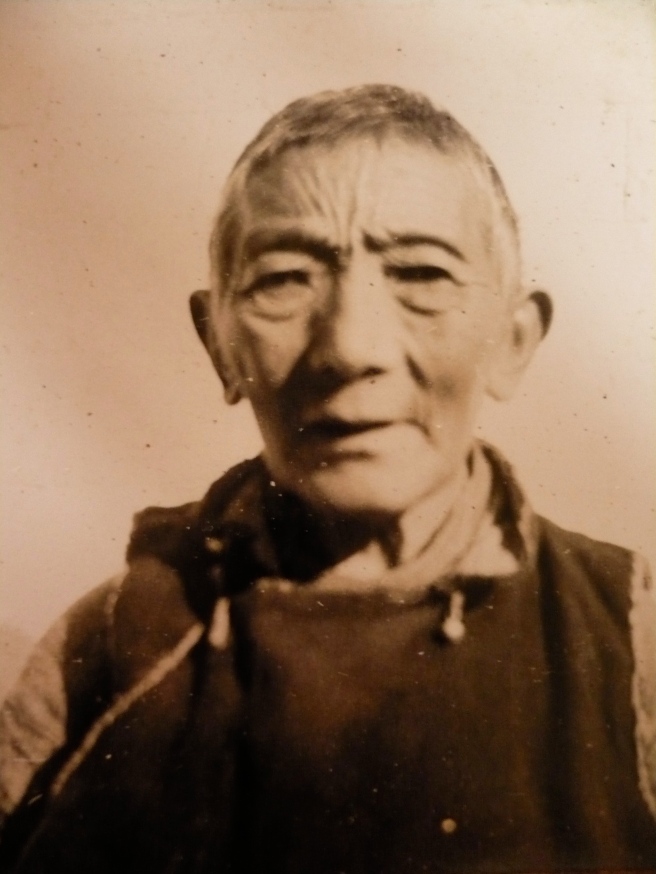 Today Khandro Tsering Chödrön’s kudung will be cremated at Lerab Ling. Ani Pelu and Ani Rilu were her great aunts, which made them great aunts to Tselu too—or Mayum-la as she is now more commonly known amongst students of Sogyal Rinpoche. In the decades since the two Ani’s passed away the world has changed its shape so completely that I doubt they would recognize it. But I’m sure they would have remembered that whatever it looks like, it is still just an illusion.

I don’t have many photos of Khandro, but I did find these two fragments of photos. God only knows who I chopped out of them! They weren’t taken in Lerab Ling, so they must be a least twenty years old.