I first met Ganesh in 2006. His official job title (an important asset in India) is ‘OT Rinpoche’s cook’, but fortunately for Rinpoche, he can also turn his hand to pretty much anything. If the new cold water tank on the roof starts to overflow (it boils very dramatically, for no good reason), Ganesh knows how to tame it. If the dogs are eating a duck, again it’s Ganesh who scolds the dogs and clears up the feathers. You get the picture.

Since 2006, he’s grown a belly and a moustache, but is still as friendly and helpful as he ever was. He has a little English, but I’ve never really worked out how much. Sometimes he appears to understand, at others I’m not so sure. Take breakfast, for example.

Yet, the next morning, and every subsequent morning, three open boxes of cereal were set out along with two heat insulated pots, one containing porridge (thankfully) and the other omelette or chapati or Tibetan bread (which, I should warn you if you haven’t tried it, is virtually indigestible, however much butter you try to soak it in).

So, being an inveterate, but largely unsuccessful, saver of time and effort, I had a go at trying to save him the trouble of setting the breakfast table with unnecessaries every day.

But once again, the breakfast table was heaving. Should I have had another go at easing Ganesh’s morning duties? The egalitarian in me screamed, “Of course you should!” However, as my fundamental conditioning has its roots in the English middle classes (dammit!), I simply didn’t have the heart to say anything more in case it sounded as though I was complaining. So I accepted everything offeredl, gratefully. And just ate the porridge. 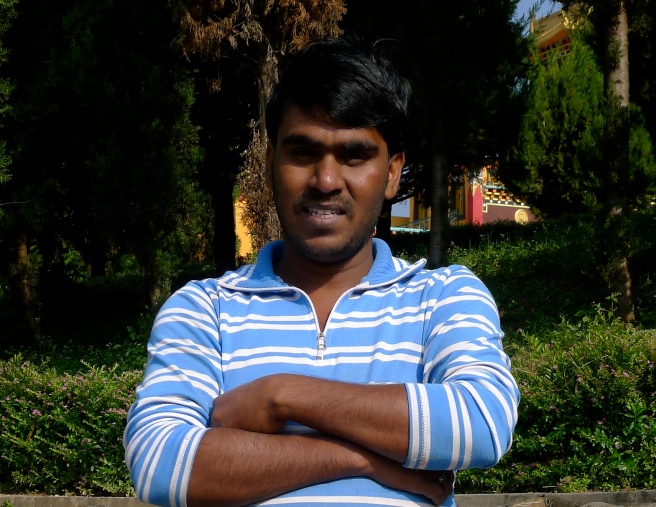